In Nairobi there are some slum areas with lots of kids hanging around or even living in the streets. There are loads of substances around, among them brain-dissolving glue.

George Ochieng Odalo (see him below) grew up in the slums himself but managed through. He is now spending his life helping the new generations of kids to survive the slums. George initiated and is leading the NGO ’Slum Child Foundation’ since several years. Recently he added The Contract Concept as a new primary prevention method. Together we have adapted the concept to fit the extreme situation in the slums. One adaptation is that the membership period is just three months (at a time).

This summer he invited the kids of Korogocho to join the ”Slum Smart Ambassadors” and it is so far a success. George and his volunteers have also made many home visits to the kids’ parents in order to explain the method and gain support for it from the parents.

Now, after the three months, no-one has broken the contract rules! It’s really amazing – and surprising! 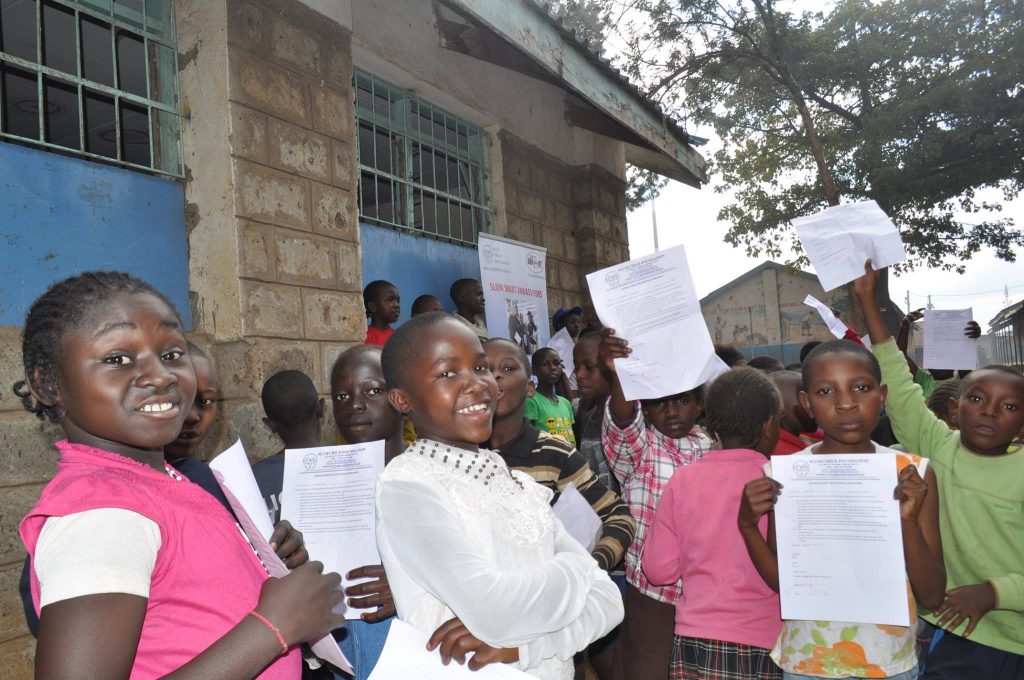 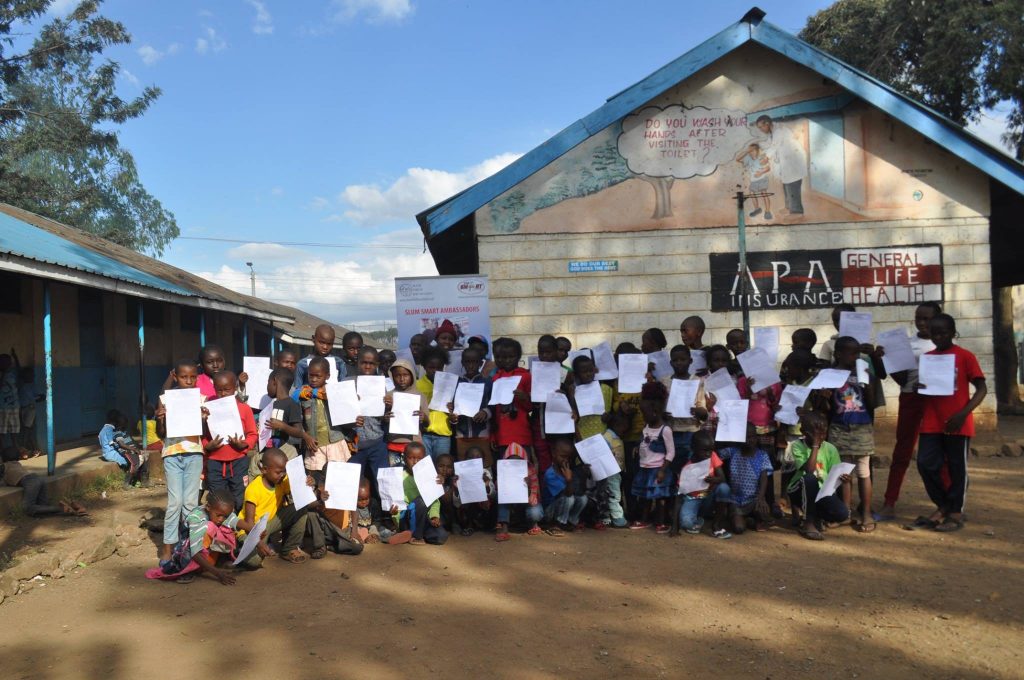 Click a picture above to see how the street children i Korogocho live! When Slum Child Foundation organizes a simple laptop-TV session, kids can relax for a short while – below. 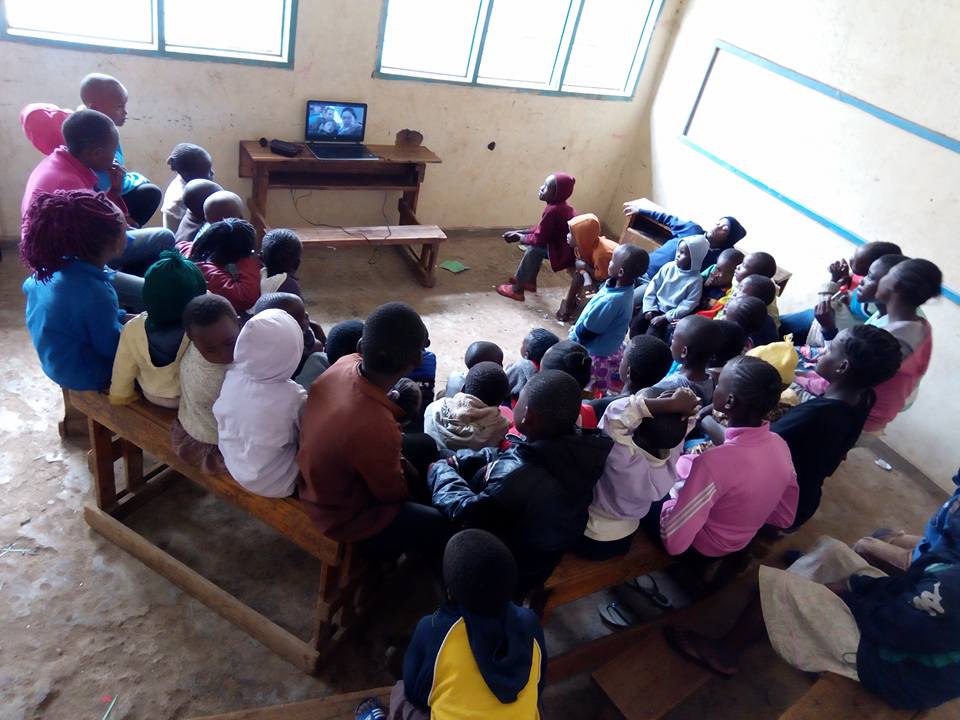 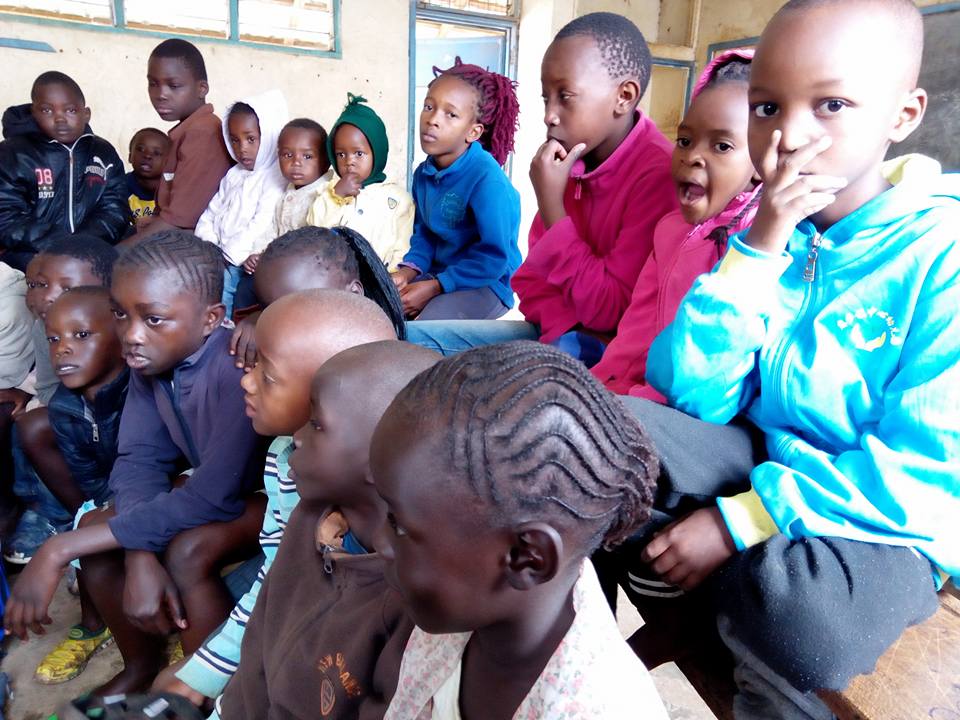 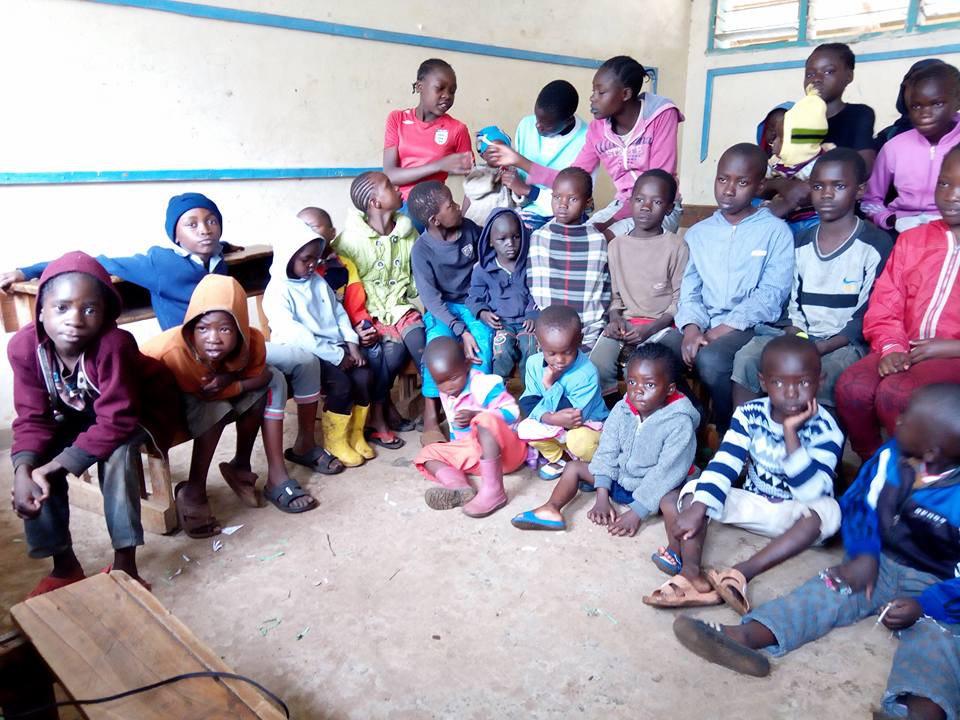 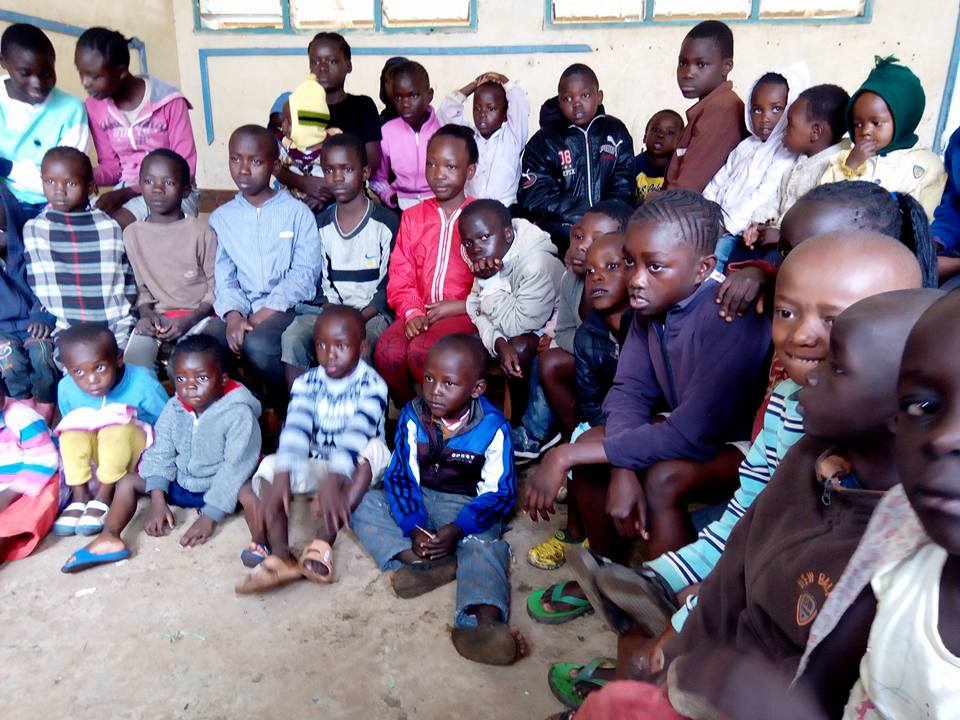 In mid-December 2017 SCF asked for contributions, soft drinks, goods, toys, something to eat and organized a ”Christmas party” for street children. See below!